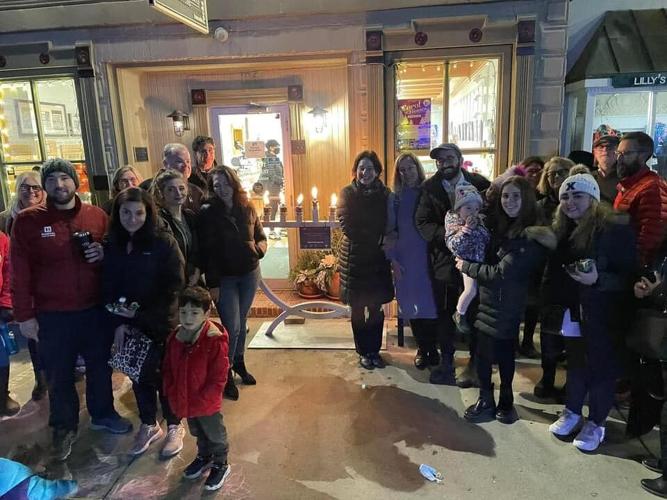 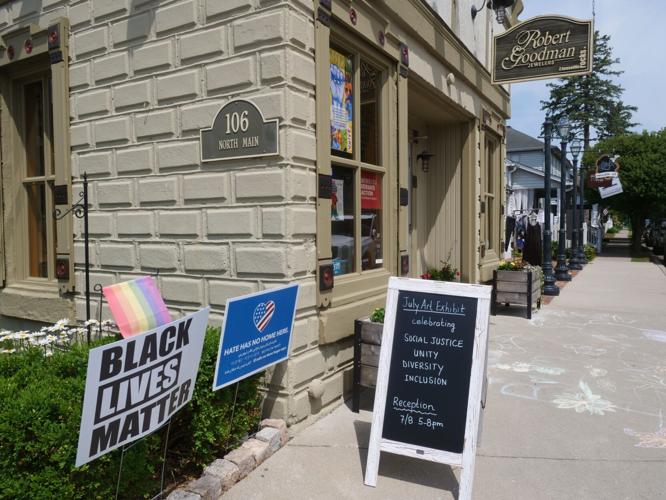 The Goodmans aren’t shy about spreading their belief to be accepting and loving toward all people. 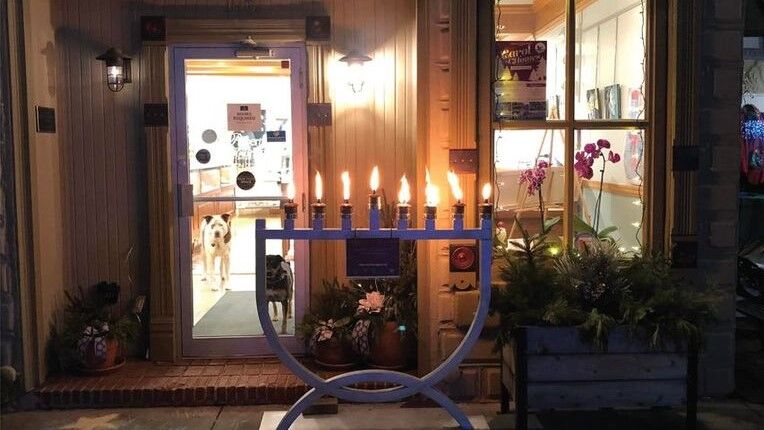 The Menorah will be lit each evening in front of Robert Goodman Jewelers, with a special ceremony taking place on Dec. 21. 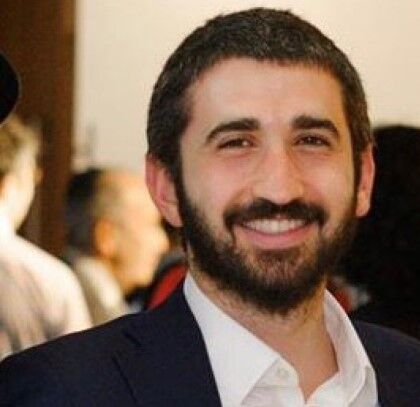 The Goodmans aren’t shy about spreading their belief to be accepting and loving toward all people.

The Menorah will be lit each evening in front of Robert Goodman Jewelers, with a special ceremony taking place on Dec. 21.

In 2021, Rabbi Dovid Grossbaum, Torah teacher at Chabad of Indiana and founder of Young Jewish Professionals of Indianapolis, and Zionsville jeweler Robert Goodman partnered to bring a public Menorah Lighting event to the Boone County community.

Robert and Rose-Marie Goodman make it a point to support minority groups – whether in race, religion or sexual orientation – to spread acceptance and equality among all people.

In the past few years, they’ve posted an LGBTQ flag near the front door, a Black Lives Matter sign in the window and have a no open gun carry policy in the store.

The Menorah Lighting is no different – just an extension of the Goodmans supporting others.

When asked why he and Rose-Marie have taken their feelings public, Goodman said it was an uncomfortable question to answer.

“We have people come in and thank us for what we’re doing and I have trouble understanding that,” he said. “Why should we be thanked for standing up for what is right? We’re simply talking about humanity. We know that certain people have been put at a massive disadvantage and continue to be because of their race or religion and that’s not a political conversation, it’s just time we reach across and join hands.”

The concept of the Menorah Lighting was sparked by Lubavitcher Rabbi Menachem Mendel Schneerson in the 1980s as a way to bolster Jewish pride.

Today, several Menorah Lightings occur around Hanukkah time across Indianapolis and beyond.

For Rabbi Grossbaum, it’s about sharing his faith and supporting young Jewish children as they navigate a religion that may be different than their peers.

Despite a rise in anti-semitism across the world, Grossbaum hopes the public can see things from a broader lens.

“Historically, America is far and away the greatest country to host Jewish people,” he said. “There has been an upward tick in antisemitism, an increase in hate, and that needs to be addressed, but in general, I’ve only seen positivity, generosity and warmth in Indiana.”

With grandparents who faced the Holocaust, exiled for their Jewish beliefs and blatant anti-semitism Grossbaum experienced while living in New York City, it’s still important, he says, that what Jewish people are facing today can’t be compared.

“I think social media can play a big role in spreading hate,” he said. “Under the veil of anonymity, people feel more comfortable to let their uglier side out and this has boiled over into real life. There isn’t a post involving Jewish people that doesn’t have a comment section filled with vile stuff. You can’t believe it. These are stories you used to hear about in the old country and now, it’s much more out in the open.”

The best way to combat hateful comments and misunderstanding, Grossbaum says, is to increase conversation, be open in an individual’s Jewish pride and continue to recognize Jewish practice like the Menorah Lighting event.

“Our young children are reacting to the things they see, hear and feel. Having a visual representation of Judaism in the open is really healthy,” Grossbaum said. “Most kids are attending a school with maybe 2 to 3 percent Jewish children and they can’t have the same conversations that we adults can have. We are more alike than we are different and what a great way to provide something visual for a child to walk down the street, see that Menorah and be proud.”

The entire community is invited to join in, in front of Robert Goodman Jewelers, as Grossbaum says a few words, recites the blessing and lights the Menorah. Afterward, the group can participate in a few Hanukkah songs and linger for conversation and visiting.

Dec. 21 will be the fourth night of the eight nights of Hanukkah and five candles (four, plus the middle ‘helper’ candle) will be lit that evening. The Goodmans will continue lighting subsequent candles the rest of the week and display the Menorah on the sidewalk outside of their store.

Grossbaum said speaking to a Jewish person is the best way to become educated about Jewish culture.

Grossbaum also streams a popular podcast for beginners with Adam Valen Levinson, Fellow at Yale University’s Center for Cultural Sociology, entitled The Zal. It is available on all podcast platforms.