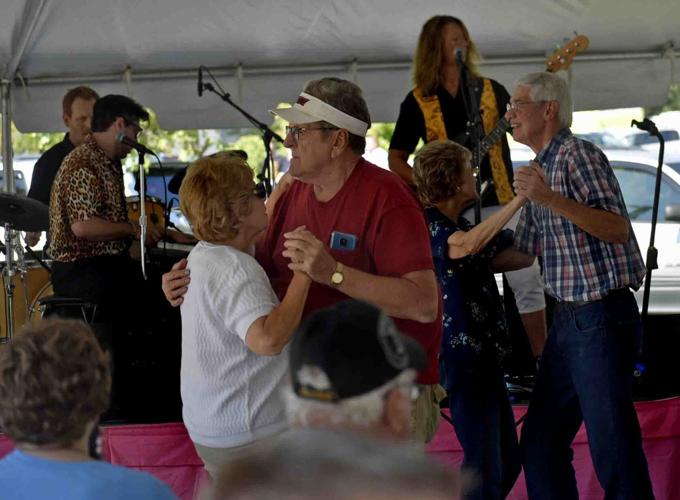 Attendants dance as a band performs at the 2022 Back to the Fifties festival at the Boone County 4-H Fairgrounds.

A crowd walks through the Back to the Fifties Car Show. 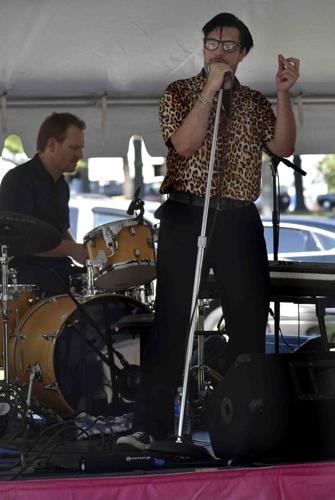 A singer performs for dancers at the Back to the Fifties Festival Sept. 17.

Attendants dance as a band performs at the 2022 Back to the Fifties festival at the Boone County 4-H Fairgrounds.

A crowd walks through the Back to the Fifties Car Show.

A singer performs for dancers at the Back to the Fifties Festival Sept. 17.

Rock ‘n’ Roll music greeted visitors while couples danced at the2022 Back to the Fifties Festival Friday and Saturday at the Boone County 4-H Fairgrounds.

Chairman of the Back to the Fifties Festival Carmen Ottinger attendance was great and the car cruise-in was packed. Ottinger said that there were some great food vendors with good variety, and she was very pleased.

Many of the vendors were returning vendors, and although fewer, Ottinger said they provided high-quality products.

“Now, we try to pick vendors with [a] price range that’s easy on the pocketbook,” Ottinger said.

Ottinger said many people were pleased with the vendors and pricing was not exorbitant.

The Avalons, a band from Ohio, performed on Saturday night and were fabulous, Ottinger said. While the crowd was small, it was mighty, she said. Ottinger said the Avalons put on a good show

About 225 cars were registered in for the car show. The RC minitruckers had several participants from other states and Ottinger said the show was much bigger than before and the area for the event may be expanded next year. The bicycle show had bicycles from Hoosier Antique and Classic Bicycle Club showcasing bikes from the 1950s, she said.

Ottinger said the DJ for the car show was great. The Talent Factory, Lebanon High School Charisma and several bands from Indianapolis performed. There was also Silly Safari and the Circle City Sidewalk Stompers, as well as the Little Black Box Theatre Clowns and others.

“We try to have a variation and still keep up with our 50s and 60s to theme,” Ottinger said. “And we had a lot of people dressed up and so we had a costume parade at 1 o’clock and one on Friday night at seven,” Ottinger said.

Lebanon High School classes of ‘63 and ‘66 had reunions at the festival. Ottinger said classes should let festival officials know in advance they are coming so they will be announced at the bandstand and officials can direct classmates to their reunions.

The festival committee will have October and November wrap-up meetings to discuss this year’s festival and next year’s plan, and they’ll begin work again in January.

“We are full-time, year-round. It doesn’t just happen two months before,” Ottinger said. “We start seeking sponsorships and donations [in] March and April. We send out vendor letters [at] the same time. We start right now.”

Many T-shirts for the festival were sold, Ottinger said, and there are still some available and can be purchased by calling at 866-447-5050 or on the contact page at fiftiesfestival.com.

Volunteers and committee members are needed. Visit the website for more information.