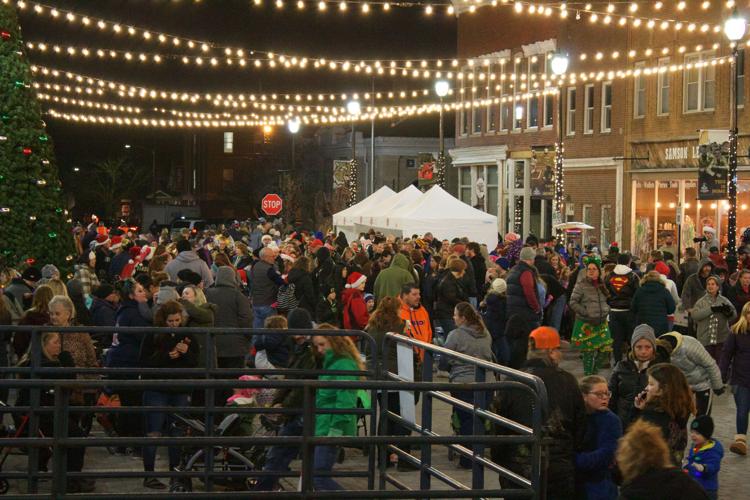 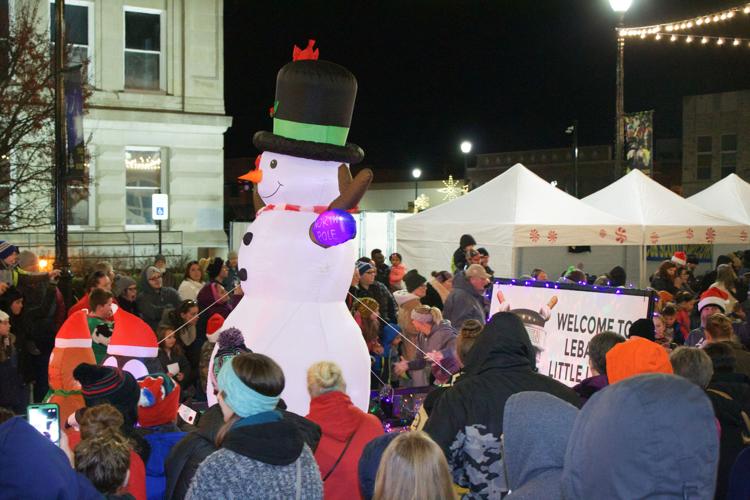 Several variations of Christmas staples, such as this snowman on the Lebanon Little League float, appeared in Lebanon’s 2019 Christmas parade. 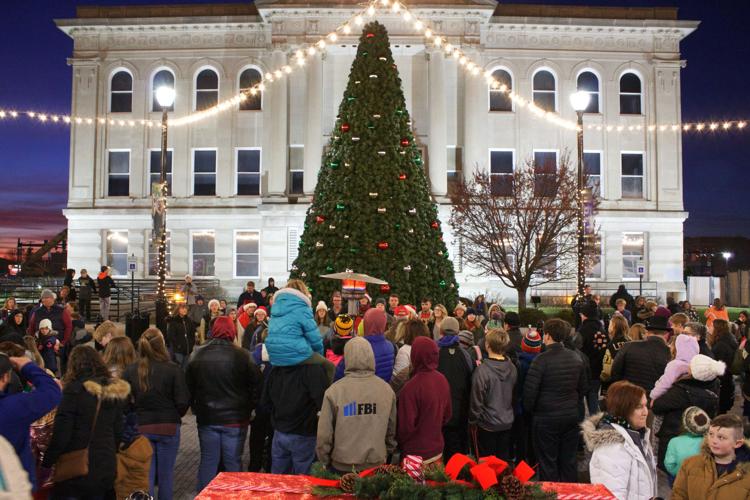 Crowds gather in front of the tree on the courthouse square during a past Christmas on the Square.

Several variations of Christmas staples, such as this snowman on the Lebanon Little League float, appeared in Lebanon’s 2019 Christmas parade.

Crowds gather in front of the tree on the courthouse square during a past Christmas on the Square.

Santa Claus is coming to town on Saturday and he’s bringing Mrs. Claus with him.

The annual Christmas parade and downtown festivities mark the official beginning of the Christmas season in Lebanon.

Parks Director John Messenger said a record number of floats and marching units – 41 at last count – have registered for the big parade that begins at 6 p.m. at Memorial Park, circles the park, and proceeds down Meridian Street to downtown.

That’s more than double the number of units in last year’s parade and the number may continue to grow.

“We’ll have a good 1,000 or 2,000 people watching the parade from porches down the route and in downtown,” Messenger said.

When Santa arrives at the courthouse square, he will choose a child at random from the crowd to flip the switch, lighting the big Christmas tree on the east side of the Boone County Courthouse square.

Activities begin at 9 a.m. with Christmas at the Cabin in the park. Herr Cabin will feature visits with Santa and Mrs. Claus, crafts and face painting. Admission is $5 per child and the event runs until 12:30 p.m.

Missy Krulik, director of The Heart of Lebanon, said there will be plenty to see and do downtown.

Kappa Delta Phi’s Lebanon Chapter will crown the 2021 Snowflake Princess for raising money for the Boone County Cancer Society in ceremonies in the courthouse rotunda at 4 p.m.

She said the Black Box Theater Bozo Brigade will perform and sing during a night full of musical performances including The Talent Factory dancers, the Lebanon High School madrigals, Pixie Playhouse, Fiddlesticks and the Boone County Youth and Adult Orchestra.

City Market, a summer Main Street staple, returns from 4 to 7 p.m. with sweet treats and holiday gifts, she said.

Once the tree is lighted, Santa and Mrs. Claus will adjourn to the courthouse rotunda to meet with children, hear their Christmas wish lists and pose for photos.

The parade will resume its trek, proceeding east on Main Street to East Street and back north to the park where marchers will disperse.

Messenger said the Lebanon Police, Fire and Street departments will be on hand to assure the event comes off safely.