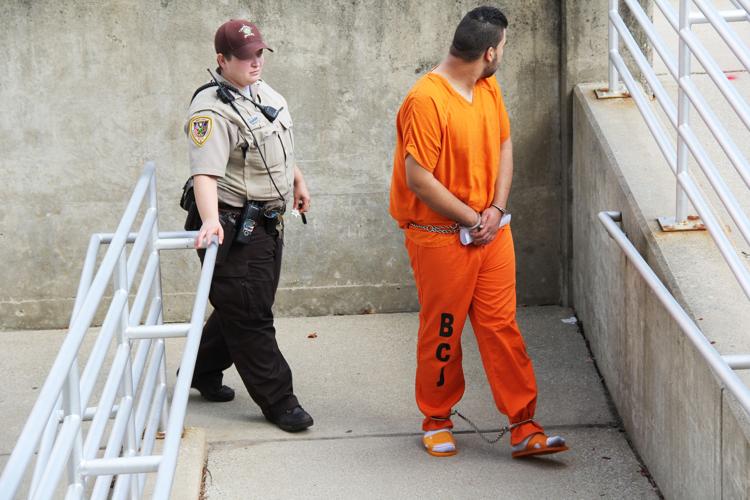 Angela James, a Boone County Jail Corrections Officer, escorts Nour Baber Mahmoud Albadri up a ramp from the Boone County Courthouse after his initial hearing in Boone Superior Court I. 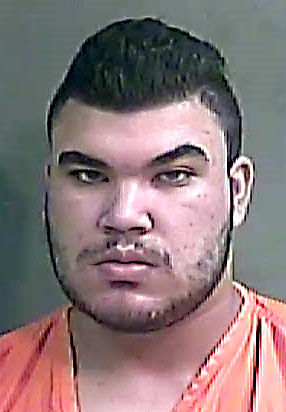 Angela James, a Boone County Jail Corrections Officer, escorts Nour Baber Mahmoud Albadri up a ramp from the Boone County Courthouse after his initial hearing in Boone Superior Court I.

A former Indianapolis Lyft driver faces multiple felony charges after taking a Zionsville woman to her home in the early morning hours of Saturday, Sept. 16. Court documents said the driver, Nour Bader Mahmoud Albadri, 22, of Indianapolis, allegedly raped the woman in the car on the way to her home.

Police arrested Albadri on Friday after a warrant was issued for his arrest. Prosecutors charged Albadri with rape, a level 3 felony; criminal confinement, a level 5 felony; and two counts of sexual battery, both level 6 felonies.

San Francisco-based Lyft issued the following statement: “These allegations are horrific and very upsetting. There is no tolerance for behavior like this in the Lyft community, and we take these claims very seriously. As soon as we were made aware of his incident, we immediately deactivated the driver’s account. We have reached out to the passenger to offer our support and assistance, and have been in communication with authorities.”

According to court documents, the woman felt so uncomfortable in Albadri’s presence because of things he started to say on the ride to her home, that she began to record the incident on her cellphone. The probable cause affidavit said Albadri can allegedly be heard trying to persuade the woman to have sex with him as she continued to tell him no.

The recording continued as Albadri allegedly began the assault, according to the probable cause affidavit.

The call went out from the Boone County Communication Center as an assault at 4:29 a.m., according to the BCCC report, as the woman called police after arriving home. The woman reported being raped by a Lyft driver, and gave a description of the car. The Zionsville Fire Department responded just a few minutes later.

Court documents described the car as a silver 2010 Hyundai Sonata and gave a license plate number that came back registered to an Bader Albadri, of Indianapolis. Police showed the victim a picture of the car’s registered owner, but according to the probable cause affidavit, she said the owner was not the Lyft driver.

Zionsville Police Department Det. Elizabeth Frost linked Nour Albadri’s Lyft profile to the home of the registered owner of the Lyft vehicle. Frost reached out to Nour Albadri’s place of work, and on Sept. 19, he, his father and his uncle came to ZPD for an interview. Due to a language barrier, Frost said, an Arabic translator would need to be contacted before interviewing Nour Albadri.

Before leaving ZPD, court documents said Nour Albadri's uncle told Frost he'd heard a rumor Nour Albadri had been working for Lyft or Uber in the past couple of days, but was unsure if that was true.

On Sept. 20, court documents said Frost would need to contact Nour Albadri’s attorney to set up another interview. That attorney told the detective Nour Albadri did not want to make a statement.

Nour Albadri is being held in the Boone County Jail on $250,000 cash or surety bond. Due to the language barrier, an Arabic interpreter was used Friday afternoon at Nour Albadri’s initial hearing in Boone County Superior Court I.

Judge Matthew Kincaid had the first charge interpreted to Nour Albadri and asked if he understood. Through the interpreter Nour Albadri said "Yes, your honor, but that didn't happen."

Judge Kincaid set the standard bond in the case at $25,000, but Boone County Deputy Prosecutor Heidi Jennings interjected with a motion for a higher than average bond. Jennings said Nour Albadri, a Jordanian national, was a flight risk as he was not a U.S. citizen.

“This person doesn’t have a lot of contacts within the community, is a foreigner, and we’re concerned with the possibility of flight," said Boone County Prosecutor Todd Meyer. "The political structure of (Jordan) with the United States is not friendly.”

Meyer said the law enforcement community has been concerned about these types of situations for some time.

“It is a concern where your interacting with people that aren’t regulated in any way or have a license to operate out of a livery like taxicab,” Meyer said. “That’s why some cities are going to licensing.”