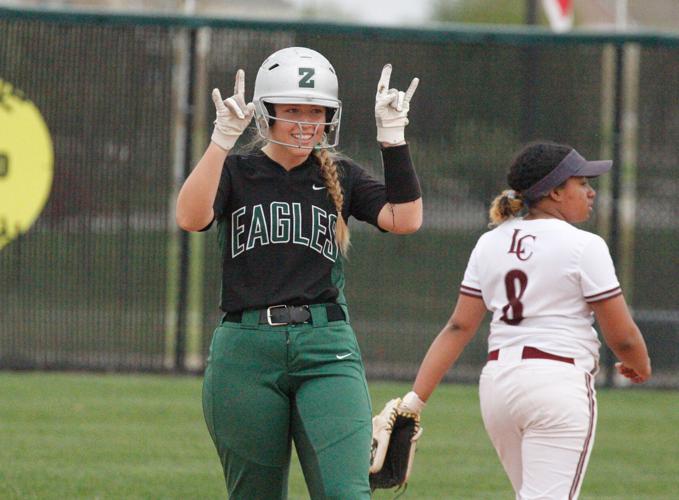 Annie Benedict smiles back at the dugout after hitting a 2-run double in the fifth inning. 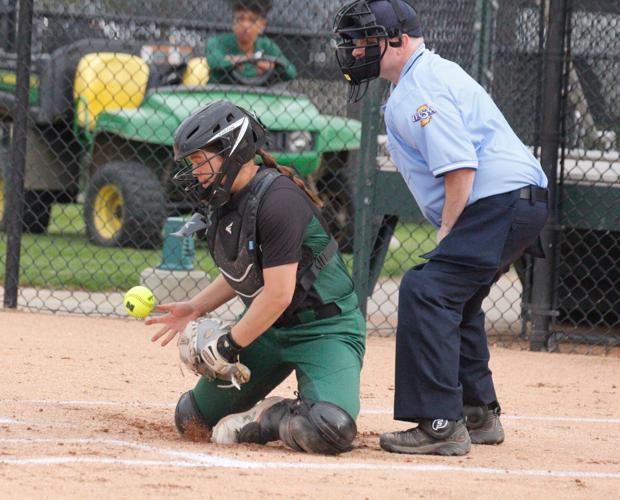 Anna Gobeyn blocks a ball behind the plate in the first inning on Monday night. 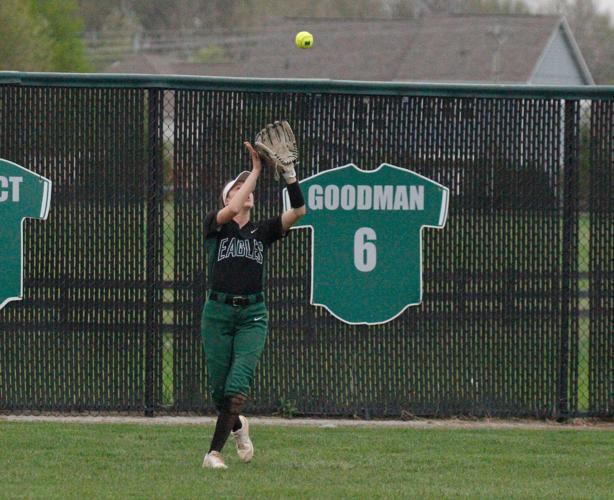 Grace Goodman makes a catch in center field on Monday. 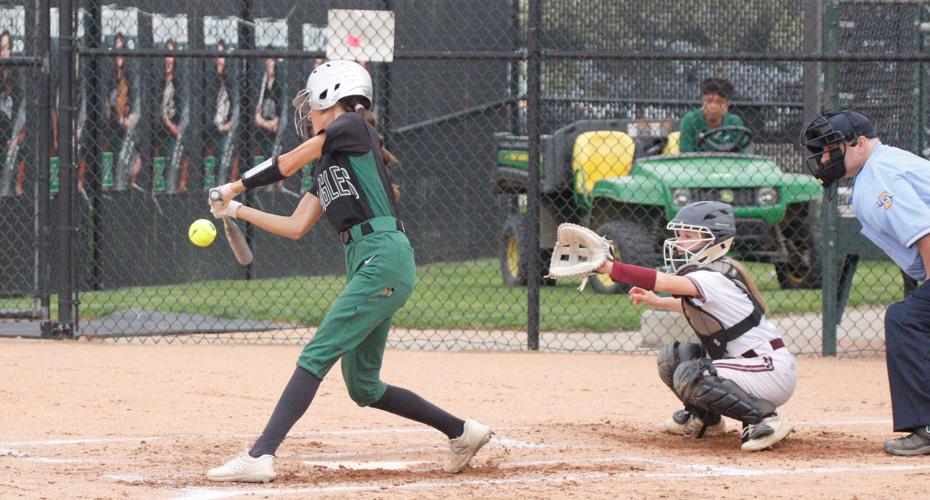 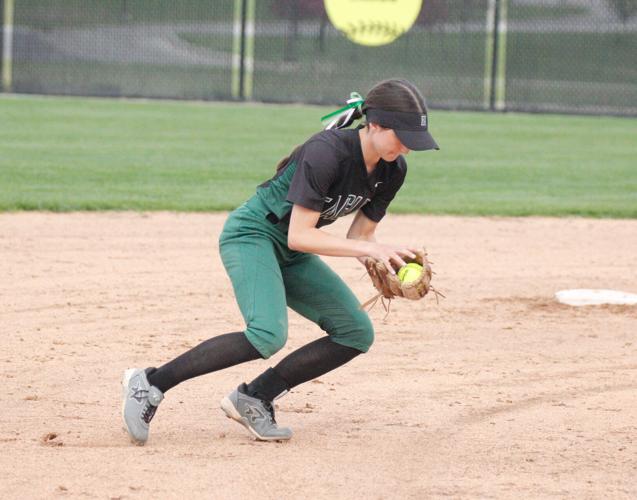 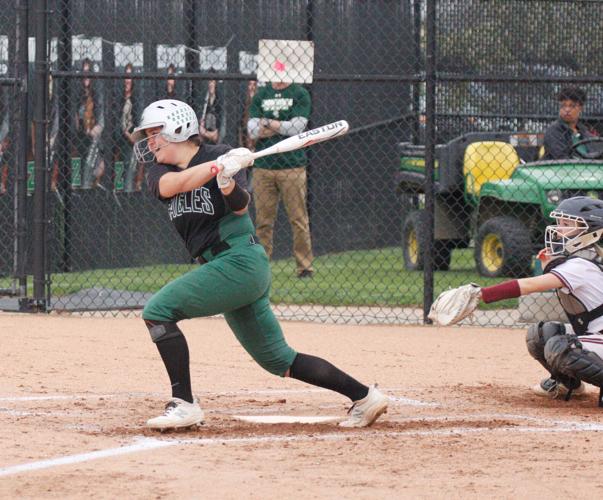 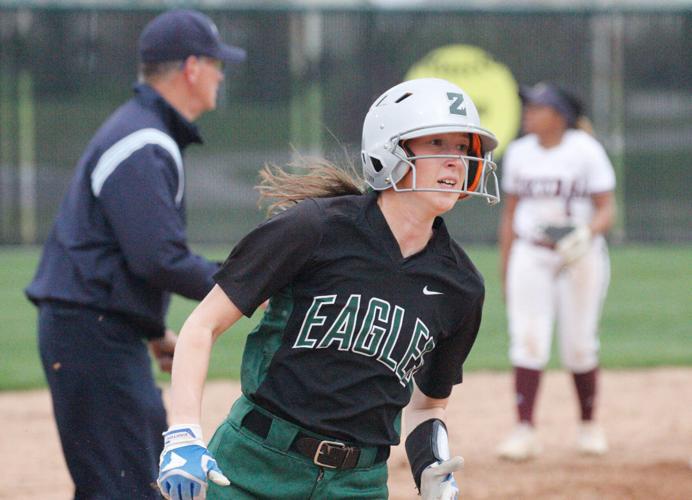 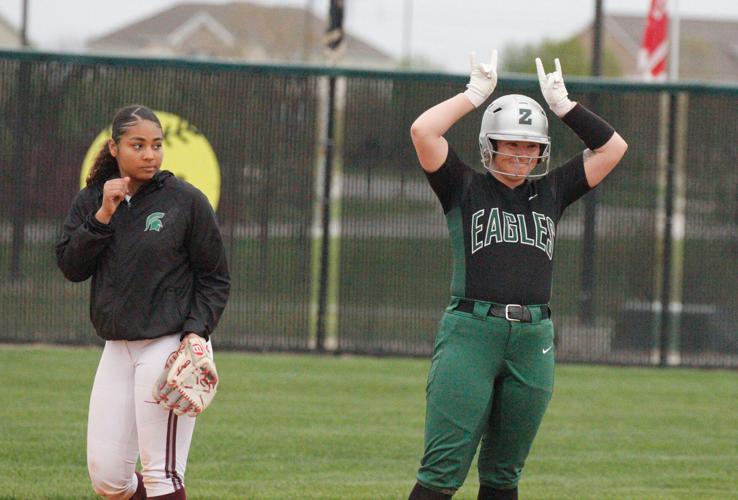 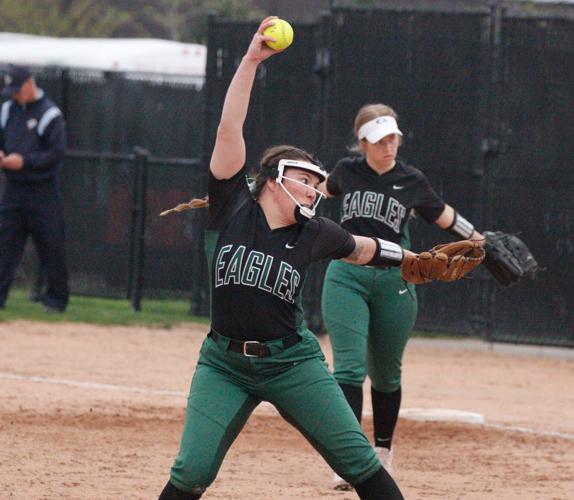 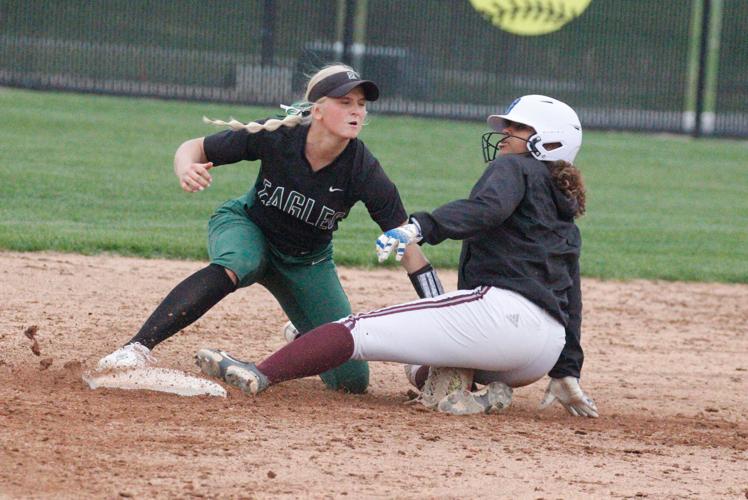 Annie Benedict smiles back at the dugout after hitting a 2-run double in the fifth inning.

Anna Gobeyn blocks a ball behind the plate in the first inning on Monday night.

Grace Goodman makes a catch in center field on Monday.

ZIONSVILLE — It was the seniors time to shine on Monday evening for the Zionsville softball team.

The Eagles honored their nine seniors prior to their game with Lawrence Central, started all nine, and ended the night on a high note, topping the Bears 6-1.

“It was a good game for the girls,” Zionsville head coach Mike Garrett said. “It’s fun to give those girls their moments and have the opportunity out there. A lot of them have been playing since they were five or six years old. They did a great job. I think it goes to show our depth and some of the competition we played. They played really well.”

The Eagles were a little unfortunate not to lead after the first two innings, hitting several hard-hit line drives that just went right to Lawrence Central players.

The Bears then took a 1-0 lead in the top of the third inning on an unearned run.

But the lead didn’t last for long.

Sydney Webber started a 2-out rally with a single, stole second and scored on an RBI-single by Megan Lenig.

Anna Gobeyn followed with an RBI-double to make it 2-1, and after a single by Grace Goodman kept the inning alive, Sophia Raikos drove in Gobeyn to make it 3-1.

“We’ve come a long way this year on the mental side, having a thick skin,” Garrett said. “We have had some games this year where we fell behind early, and fought our way back. The girls trust each other. We don’t want to fall behind, but I know we aren’t going to give up with we do.”

The score remained that way until the fifth.

With a runner on second and one out, Gobeyn doubled down the left-field line to make it 4-1. Goodman singled to put two on, and two batters later Annie Benedict hit a 2-run double to seal the win.

Gobeyn finished the game 3-for-3 with two RBIs and two runs scored.

She improved her batting average to .489 on the season.

“She is finally playing against kids her own age,” Garrett said. “She has always been playing up and has had so many expectations on herself. She is having a great year. Even when she gets an out, she is hitting the ball hard. Every time she comes up, she knows she is going to hit the cover off it. I’m really proud of her for stepping up and having that confidence.”

Webber, Goodman and Raikos all had two hits for the Eagles. Eight of the nine batters got a hit in the line-up.

Webber got the win in the circle, pitching six innings and only giving up a bunt hit in the third. She struck out nine.

Molly Jefferson closed the game out in the seventh.

“They have really helped develop our culture,” Garrett said. “They have grown numbers wise and have gotten more competitive. We have some wins against teams this year that we didn’t beat their first three years. They have a lot of games under their belts, and now they’re starting to see the four years of high school, and all their prior work and summer work pay off. It’s all coming together and we are getting those team wins.”