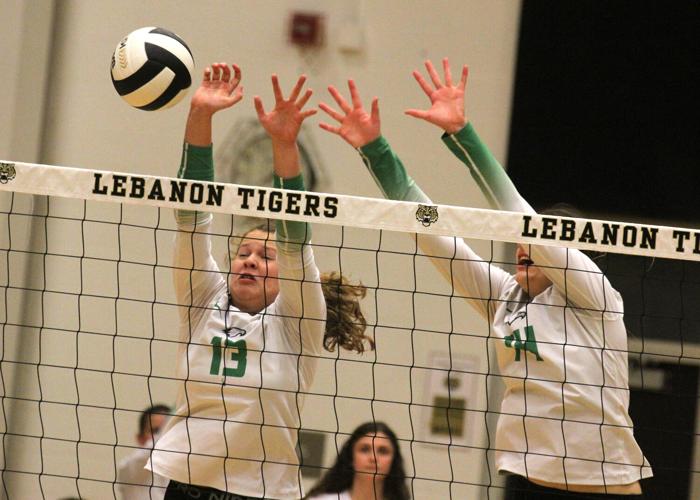 Zionsville’s Amanda Evers and Avery Maple get a block against Lebanon on Tuesday. 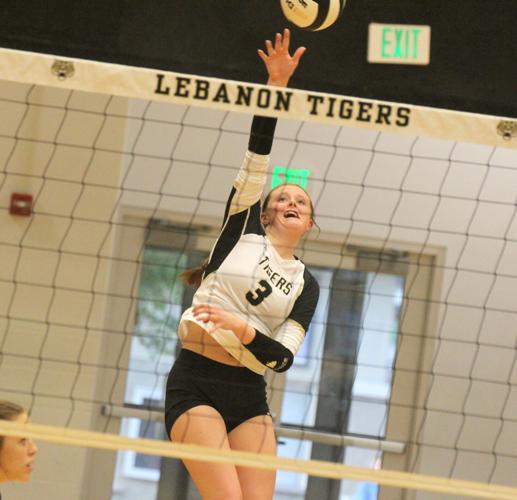 Sydnie Starkey goes up for a kill in the first set on Tuesday night. 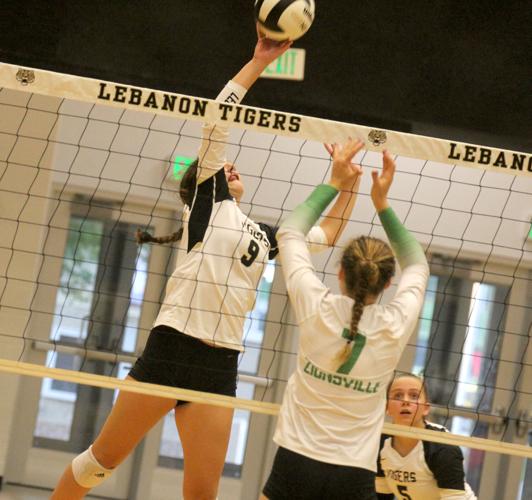 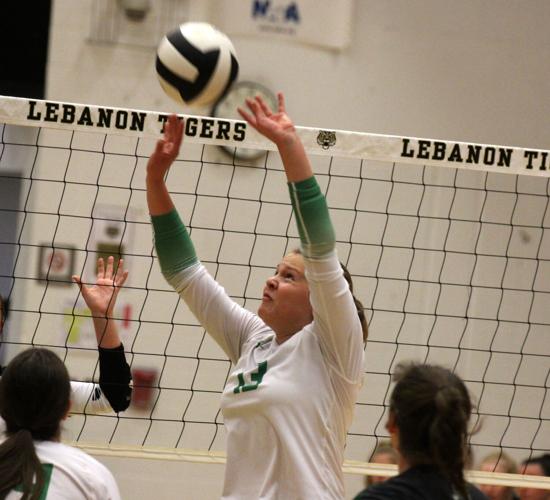 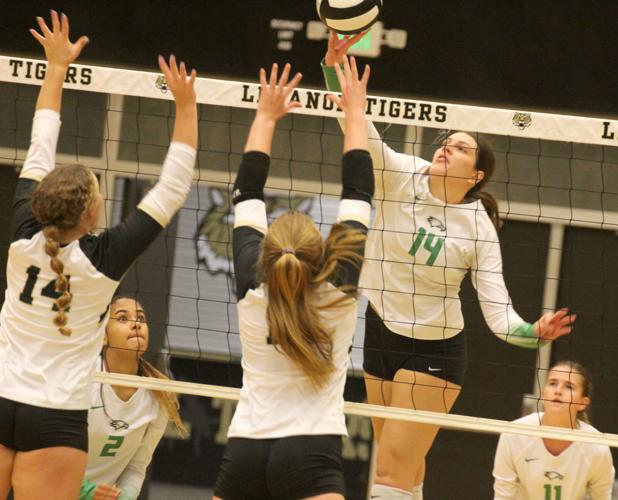 Zionsville’s Amanda Evers and Avery Maple get a block against Lebanon on Tuesday.

Sydnie Starkey goes up for a kill in the first set on Tuesday night.

LEBANON – The Lebanon volleyball team got off to a good start against visiting Zionsville on Tuesday night.

The Tigers jumped out to a 13-9 lead in the first set, and were controlling the tempo of the match. But then things flipped.

“We just had to reinforce discipline,” Zionsville head coach Olivia Goldstein said of what the biggest difference was. “We were floating in the block, which was giving them space to make the sharp tips, we were moving in defense which is why some of those landed. We had a couple early mistakes and lost some discipline, but were able to start doing what we should have been doing.”

On the other side of the net, it was the complete opposite feeling.

The Tigers started doing everything right, getting five kills from Sydnie Starkey and one each from Emily Sperry and Lex Barr to jump out to that lead in the first set.

But after that, they couldn’t sustain the success.

“We were playing awesome in that first set, and then they made some adjustments,” Lebanon head coach Emily Vanatsky said. “We didn’t make the adjustments quick enough and they were able to read what we were doing.”

Down 13-9, the Eagles got back-to-back kills from Josie Imes and Isabelle Poehlein to start their rally.

After tying the set at 13, Poehlein had two kills around an ace from Emily Kirkendol to go up 16-13.

The run ended with kills from Sophia Poehlein and Isabelle Poehlein to make it 20-13.

Alexa Green had 22 assists and Amanda Evers had 19.

“We’re are producing a lot of offense,” Goldstein said. “No matter our opponent, our hitting percentages are high as a team, and we are pretty happy with that.”

The Eagles carried that momentum into the second set.

After Lebanon came back to tie the set at 14, Zionsville went on a 6-1 run to go up 20-15, getting kills from Sadie Meenan and Sophia Poehlein in the process.

They eventually went on to finish the set off, then used an 18-4 run to take the third set.

“We are struggling right now when we go down 0-2, we are getting down on ourselves and aren’t realizing that we can win the next three,” Vanatsky said. “We are still looking for that reverse sweep.”

Kylie Ottinger had 16 digs and Charli Albea had 13.

Both teams have big conference matches coming up.

“Something we have talked to the girls a lot about is learning how to be leaders and how to hold each other accountable and push each other,” Goldstein said. “They are an amazing group of girls and are best friends on and off the court, which is wonderful. But there are times that makes them a little timid to get after and push each other, and we need to find that balance.”

Lebanon is hosting Danville on Thursday.

“We don’t have any easy matches left in our schedule,” Vanatsky said. “It’s make or break for us. We are getting to the point where we are realizing we want to fight, now it’s getting everyone on the same page and executing.”