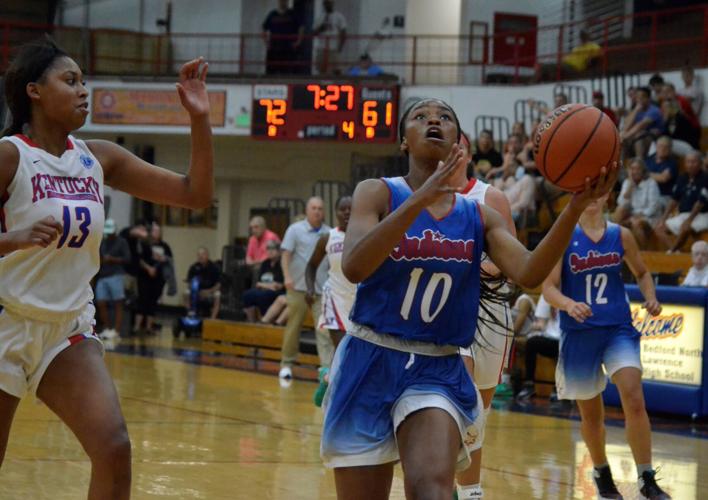 LEFT: Laila Hull goes up for a lay-up against the Kentucky Jr. All-Stars. RIGHT: Logan Imes drives past a couple of Kentucky defenders. 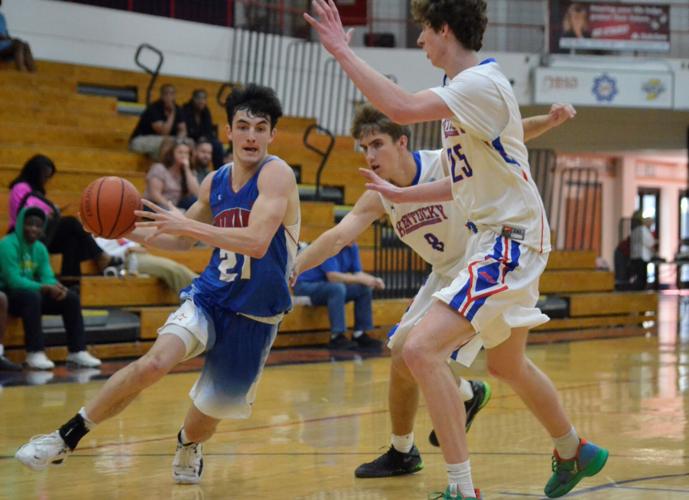 Logan Imes drives past a couple of Kentucky defenders. 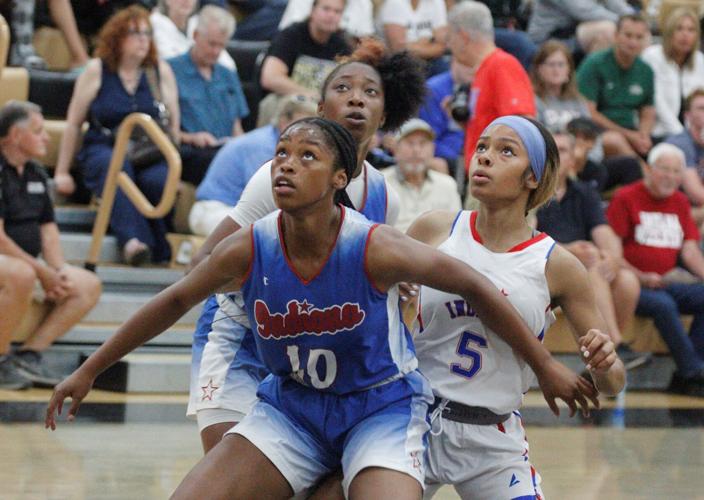 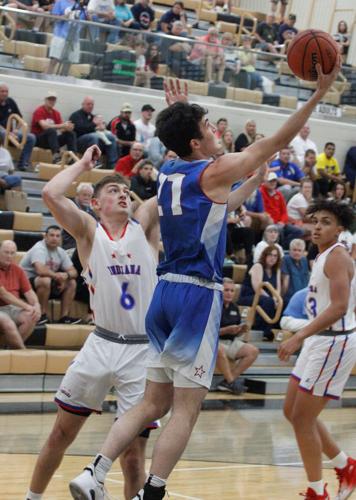 LEFT: Laila Hull goes up for a lay-up against the Kentucky Jr. All-Stars. RIGHT: Logan Imes drives past a couple of Kentucky defenders.

Logan Imes drives past a couple of Kentucky defenders.

FORTVILLE – Through the first three years of their high school careers, Zionsville rising seniors Laila Hull and Logan Imes have shown they are some of the best in their class in the state.

“It was a really fun experience,” Hull said. “I have played against and with a lot of girls on this team, so it was a good atmosphere and easy to get along with them. We were really close to beating the seniors, and it was a good day.”

Imes said that playing in an all-star event like this helps show the amazing amount of talent that is around the state.

Both Hull and Imes were Core-6 All-Stars, so it gave them an opportunity to play in both games with a large amount of players.

The Junior All-Stars had some success in their two games.

“It meant a lot to win that,” Hull said. “We were told how important of a game it was and we know the record between Indiana and Kentucky, so we took a lot of pride and a lot of responsibility within ourselves to make sure we won that game.”

Imes said that he had grown up dreaming of being an Indiana All-Star and playing against Kentucky.

And heading into that game with Indiana across the chest meant a little more.

“It’s definitely an honor,” Imes said. “I am honored to represent the 2023 class, and playing Kentucky – you are representing not just your hometown, but the whole entire state.”

The junior teams fell a little short of making it a perfect week.

Now that the All-Stars is over, both Eagles are looking forward to getting back in the gym with their high school teammates and AAU programs.

Hull is still uncommitted, but has a plethora of Division I offers that she is weighing.

She said this summer, there are a couple things in her game that is she is focused on improving.

“I’m definitely working on all my skills – shooting, ball handling, everything,” Hull said. “Our team has a really bright upside this season. We want to do really well in the tournament, and being with them most of the summer – it’s going to be really good.”

Imes verbally committed to Penn State at the end of March.

With that decision behind him, he is looking forward to honing his skills as he prepares for his final season at Zionsville.

“Leadership is going to be a huge thing with me,” Imes said. “We had a great senior class last year at Zionsville, and I think my vocal leadership has to take a bigger step to lead the team. Skill wise, I want to work on my three-point shooting and just the consistency of that. I’m a good shooter, I just need to be more consistent with that.”

Both Hull and Imes are the first Indiana Junior All-Stars for their respective Eagle teams since 2018.

Hull said for the young kids out there hoping to reach a high-level in athletics, you have to keep at it constantly.

“You have to work hard and never give up,” Hull said. “I know for me there was times I felt like quitting, or felt like I wasn’t improving at anything, but I kept at it and have gotten to where I am now as an Indiana Junior All-Star. You have to stay with your work and do what you need to be doing and you can do anything you want.”

Imes agreed, saying that if you want to be successful, you have to not only believe in yourself, but put in the time and effort as well.