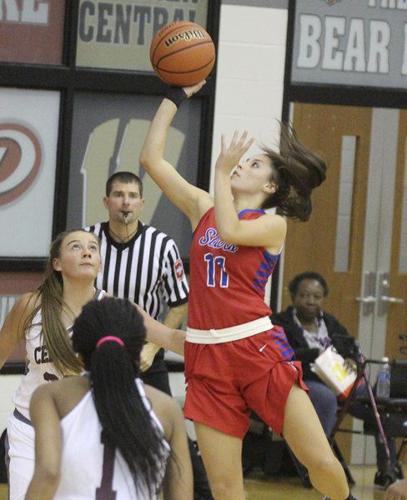 Photo by Will Willems | The Lebanon ReporterMadison Jones scores two of her 19 points on Saturday night at Lawrence Central. 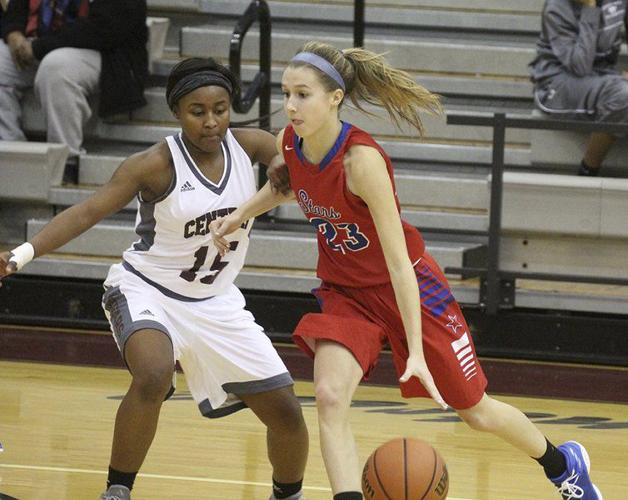 Photo by Will Willems | The Lebanon ReporterMadison Jones scores two of her 19 points on Saturday night at Lawrence Central.

Indianapolis — In a season-opening loss to Lafayette Jeff, the Western Boone Lady Stars were close at halftime, only to see the game slip away in the third quarter.

On Saturday night, they were able to reverse their fortunes on the road against Lawrence Central. After being tied at 23 at the break, the Stars out-scored the Bears 13-5 in the third quarter and held on for a 45-39 win.

"Sometimes with inexperience, you can overload them with too many thoughts and ideas," Western Boone head coach Megan Alexander said. "We kept it simple at halftime — one objective on offense, and one on defense. Simplifying the gameplan helped us out in the second half."

Western Boone took the lead for good on a Madison Jones lay-in to kick off the scoring in the third. Hillary Reed pushed the lead to four, and after a 3-pointer by Lawrence Central's Kalyn Williams, the Stars went on a 9-0 run to take a 36-26 lead on a Lauryn Florey basket.

The story of the second half was the Stars defense. The Bears shot 2 of 17 in the third quarter as Western Boone built the lead, and 5 of 35 in the second half.

They also turned it over eight times and 3 of 26 from behind the arc.

"My coaching staff did a great job of scouting them and we had a good plan on keeping them out of the lane and forcing them to hit shots," Alexander said. "We wanted to pack it inside and take advantage of the fact that they don't shoot well from the outside. Hillary Reed did a great job tonight. It doesn't always show up in the stat book, but their best offense is (Haley Ragonesi) getting offensive rebounds and putbacks. Hillary fought her tooth and nail and kept her off the boards."

Lawrence Central made things interesting in the fourth quarter.

But back-to-back baskets by Jones pushed the lead back to eight, and the Bears got no closer than six down the stretch.

The win was not only the first of the season for Western Boone, but the first in the head coaching career of Megan Alexander.

"This is a huge confidence builder for the girls," Alexander said. "We had a good week of practice, and we are getting better. It is great to get a win. It wasn't pretty at times, and we had too many turnovers, but it feels great to get that first win out of the way."

Jones had 19 points and 17 rebounds for the Stars.

"We have to team rebound," Alexander said. "All five girls have to make contact and take some pride in it. The fact that we are short and small, we have to have a chip on our shoulder that that won't be our excuse all year. Every team we play is going to be bigger than us, so we can't use that every game. We have to find a way, and tonight we did."

Western Boone will head to Plainfield on Tuesday night to face the Quakers.

Plainfield is 0-3 on the year.

"We are playing at a fast-paced that a lot of teams in our class aren't doing," Alexander said. "When you are playing against the best, it makes you better. We stole a win here tonight, and hopefully we can go to Plainfield and get a win and continue to play at that level of these bigger schools. It is a confidence builder and it is going to make us better."