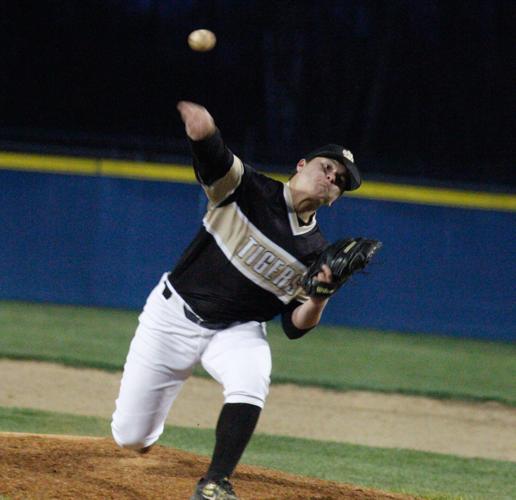 Jacob Susong throws a pitch in the Tigers’ loss to Frankfort on Thursday. 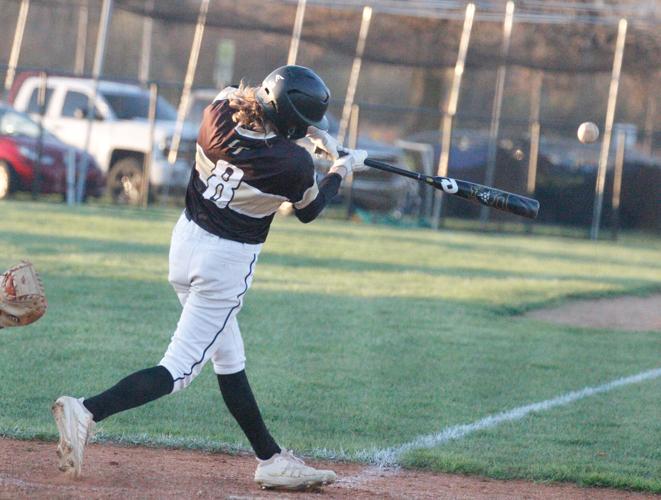 Ethan Coffman connects with a pitch in the Tigers’ loss to Frankfort on Friday.

Jacob Susong throws a pitch in the Tigers’ loss to Frankfort on Thursday.

Ethan Coffman connects with a pitch in the Tigers’ loss to Frankfort on Friday.

FRANKFORT – A slow start cost the Lebanon baseball team a chance at a sweep on Thursday evening at Frankfort.

“We had some opportunities late that we came through in, but the bottom line is we did not come out ready to play today,” Lebanon head coach Rick Cosgray said. “For whatever reason, we were flat in the first two innings, and that is where the game was lost. Our pitchers didn’t have their best stuff tonight, except for Jacob Susong who can in and did an outstanding job for us.”

For the past three games, the Tigers have failed to score in each of the first two innings.

While it is still really early in the season, Cosgray said that is a trend the Tigers want to correct before they get deep into the season.

“Every year is a new you and you have a new identity as a team,” Cosgray said. “Last year we were very good about coming out every day locked in and ready to go. It’s early, so hopefully this isn’t something that becomes a pattern. But we definitely have to go back and talk about it and recognize we have to be ready to go from pitch one.”

Down 7-2, the Tigers offense got them back into the game.

Caleb Linton and Logan Elsbury hit solo home runs in the fourth to make it 7-4.

Frankfort added a run in their half of the fourth to make it 8-4, but Brayton Bowen hit a 2-run home run a half inning later to bring the Tigers within two.

A two-out rally by the Hot Dogs in the bottom of the fifth extended the lead to 11-6.

Walks to Cayman Huntsman, Corbin Wells and Ethan Coffman loaded the bases with no outs. With one away, Cannon Morton was hit by a pitch to force in a run, and two batters later, Peyton Komrska’s 2-run double cut the deficit to two.

But with the tying run in scoring position, a pop out ended the threat.

“Our timing was off early in the game,” Cosgray said. “We talked about it, and the kids locked in, go themselves on time and started hitting the ball. We did a nice job of making adjustments.”

Lebanon is back in action Saturday for their tournament.

They will play Guerin Catholic and University.

“We knew we had a challenging week this week,” Cosgray said. “Guerin Catholic and University are both quality opponents. We have to get back to the basics and make sure we aren’t beating ourselves.”