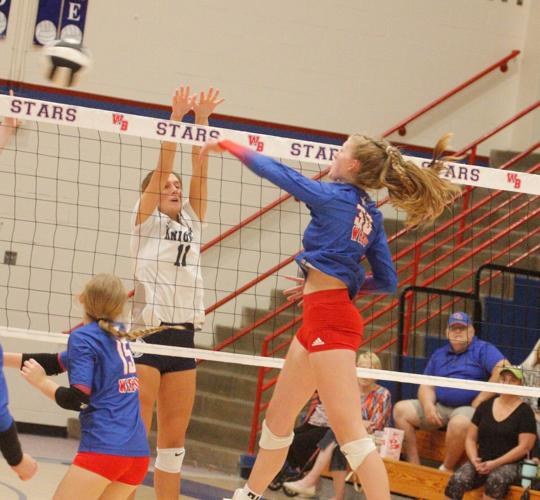 Alayna Christner goes up for a kill against LCC. 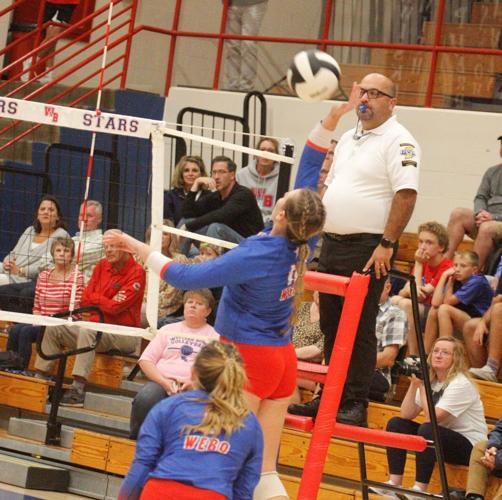 Kennedy Kiger goes up for a kill against LCC. 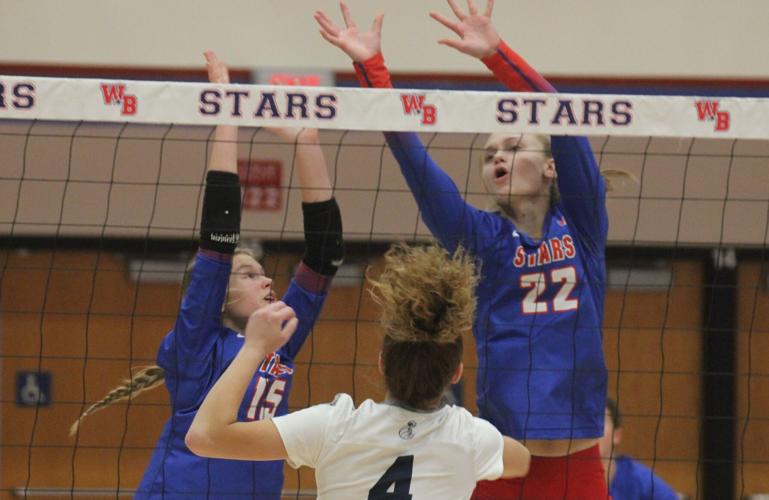 Alayna Christner goes up for a kill against LCC.

Kennedy Kiger goes up for a kill against LCC.

DOVER – It wasn’t the start the Western Boone volleyball team was searching for when they hosted Lafayette Central Catholic on Thursday night.

“We had an amazing match on Tuesday at Harrison, then had to come back and I think that zapped us a little bit,” Western Boone head coach Laura Bragg said. “We started a little slow today, but I’m happy with the way we fought through that adversity in the first set, and really in the fourth set too when they came back.”

Western Boone held a narrow lead early in the first set, but LCC closed the set on a 13-6 run to take the set.

Bragg said the Stars had to do a better job of making sure they weren’t letting the Knights dictate points.

The Stars took care of business in the second set, winning 25-18, then dominated the third 25-10.

They appeared well on their way in the fourth, up 17-12, but the Knights made things interesting.

LCC came back to tie the set at 19, but a kill by Audrey Dunn, an error by LCC and two kills from Alayna Christner made it 23-19, and they closed the set from there.

“We called a timeout and were able to regroup,” Bragg said. “They had gotten four or five points pretty quick in a row, and we just had to take a step back and refocus to finish it off.”

Saige Terwiske had 10 kills, with Christner having eight and Dunn finishing with seven.

Janie Ransom had 50 assists in the match.

The Stars have a challenging Saturday ahead, facing Brebeuf and Brownsburg at the Brebeuf Invite.

They then come back to host Lebanon on Monday.

With just seven matches left in the regular season, Bragg said every one takes on added importance.

“It’s crazy how fast this season has gone,” Bragg said. “The last couple of weeks, we have shown a big improvement, so we are ready to go in there and play some great volleyball against great teams.”