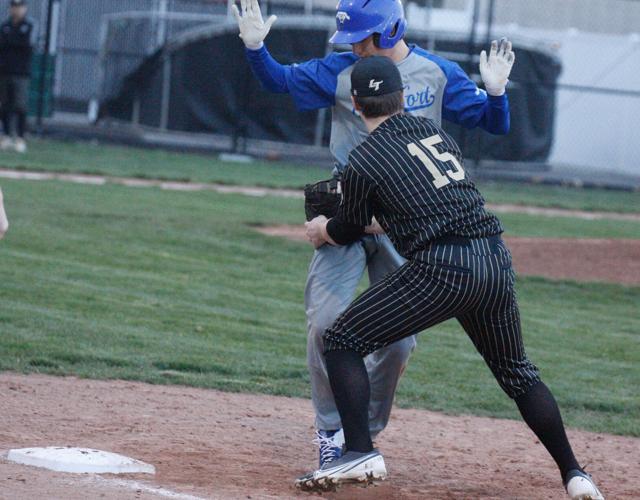 Corbin Wells tags out a Frankfort base runner for a key out in the sixth inning on Tuesday night. 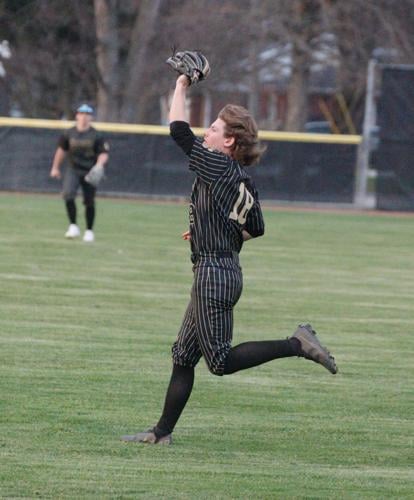 Michael Richwine runs in to make a catch in right field to end the sixth inning on Tuesday. 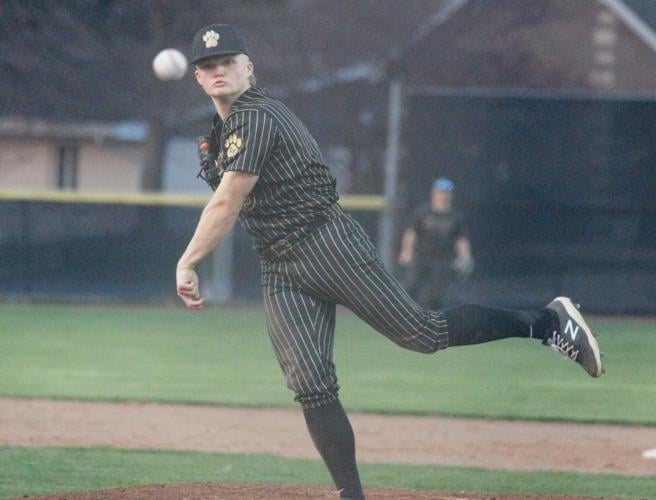 Brayton Bowen got the save in the Tigers' win over Frankfort. 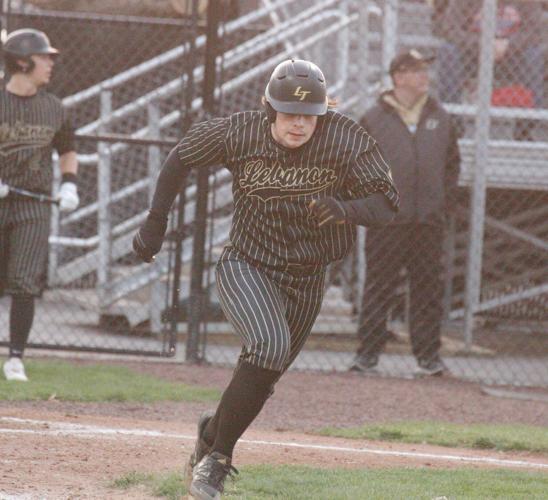 Corbin Wells tags out a Frankfort base runner for a key out in the sixth inning on Tuesday night.

Michael Richwine runs in to make a catch in right field to end the sixth inning on Tuesday.

Brayton Bowen got the save in the Tigers' win over Frankfort.

LEBANON — Holding a slim lead in the sixth inning Tuesday night, the Lebanon baseball team needed someone to step up and make a play.

The Tigers led 5-3, but the Hot Dogs had runners on first and second with just one away and the top of the order looming.

But when the Tigers needed a play, catcher Cayman Huntsman stepped up. After a close 3-1 pitch went Lebanon’s way, the Hot Dog runner started toward second thinking it was ball 4.

Huntsman alertly fired to first baseman Corbin Wells, who made the tag for the second out of the inning. The Hot Dogs did eventually cut it to 5-4, but the play limited the potential Frankfort rally as the Tigers held on to win.

“Cayman is filling in for Gavin Haines, and it was really a heads-up, alert play,” Lebanon head coach Rick Cosgray said. “It was an alert play by Corbin as well. (Frankfort) thought it was ball four, they got a little too far off the bag and we got a big out in that situation.”

Cosgray said plays like that are big for a team’s pitchers when they get into some trouble.

Frankfort had two singles and three walks in the inning, but could only manage one run.

“Anytime you can get a big out or a big play in a tight game, you are one step closer to where you want to be,” Cosgray said. “That was a big play, and Brayton (Bowen) did a good job of keeping his composure on the mound and once we got that out, he finished the inning.”

Lebanon took a 3-0 lead in the third on an RBI-double by Huntsman, a balk and a sac fly from Wells.

The Hot Dogs scored two in the fourth and one in the fifth to tie the game, but the Tigers came back in the bottom of the fifth, getting a 2-run homer from Wells to take the lead for good.

“Our kids tonight had a good approach, 1-9,” Cosgray said. “When the pitch is around the plate, we are going to be aggressive. Our kids did a nice job of that today.”

Caleb Linton got the win, allowing three runs (one earned) in five innings. He struck out two.

Bowen pitched the final two innings, getting the save. After getting into a jam in the sixth, he retired the final four batters he faced in the game to seal the win.

“He wasn’t able to throw as much this winter, so he isn’t quite as sharp as he is going to be as the season rolls along,” Cosgray said. “He managed his way through the inning in the sixth, then came out with a great mentality in the seventh and put them down in order.”

The two teams are scheduled to conclude the two-game series Wednesday at Frankfort. If Mother Nature doesn’t cooperate, they will make it up Thursday.

Cosgray said while it might be the first conference series of the year, the Tigers want to start 2-0.

“Every conference game is going to be a battle,” Cosgray said. “Frankfort is going to be ready, whatever day we play. But it all comes back to us. We need our pitchers to have command on the mound, make the routine defensive plays, battle at the plate and be aggressive base running. If we continue to do that, we are going to be in a good position.”