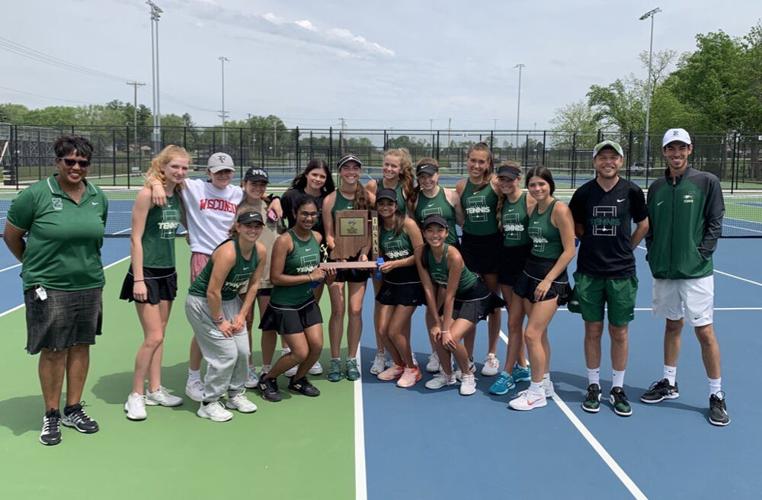 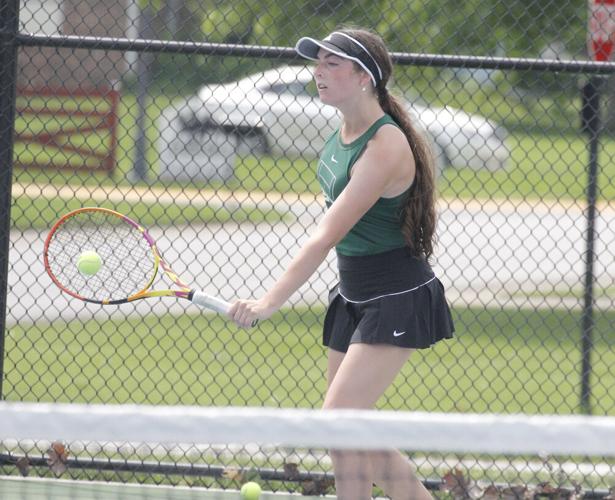 Mia Hayden hits a backhand in the match at No. 1 singles in the sectional final. 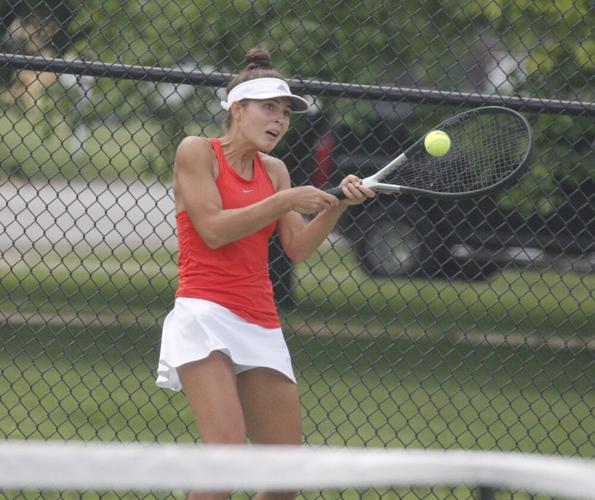 Marli Ransom hits a backhand in the match at No. 1 singles on Saturday. 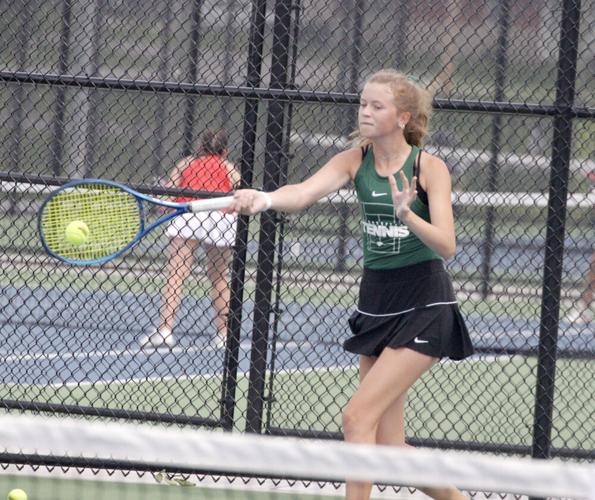 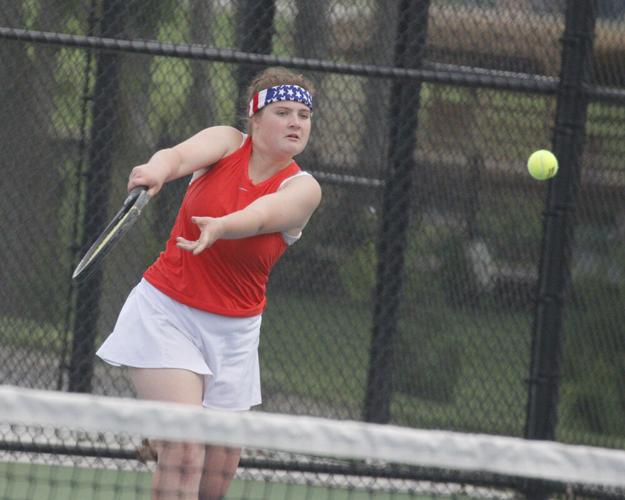 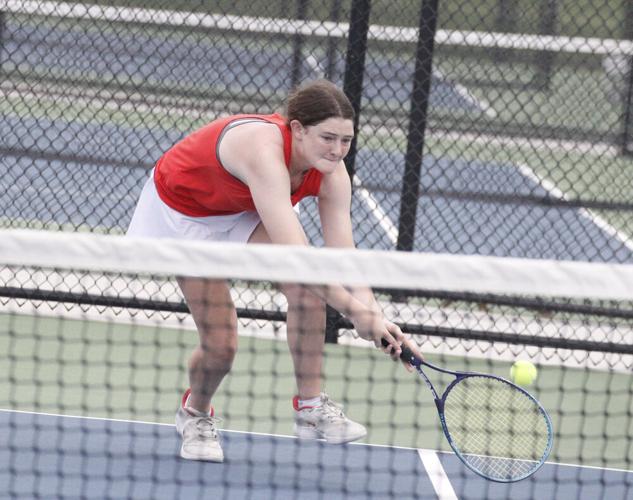 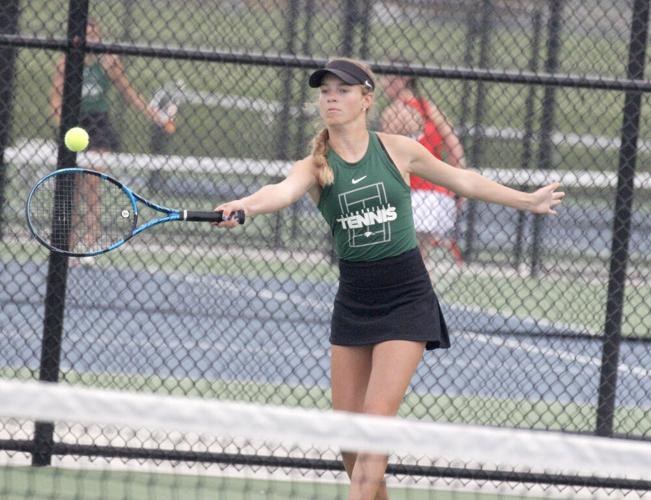 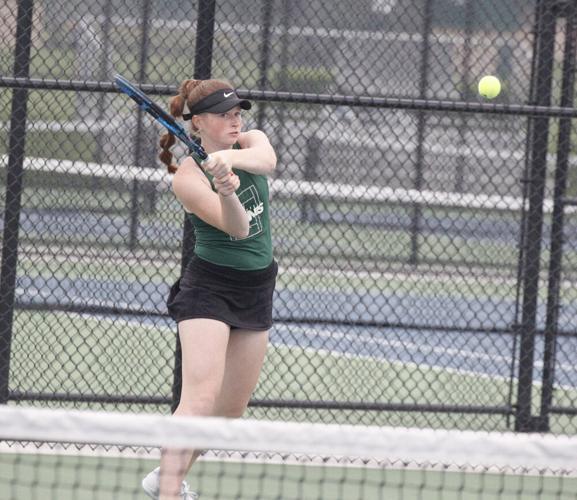 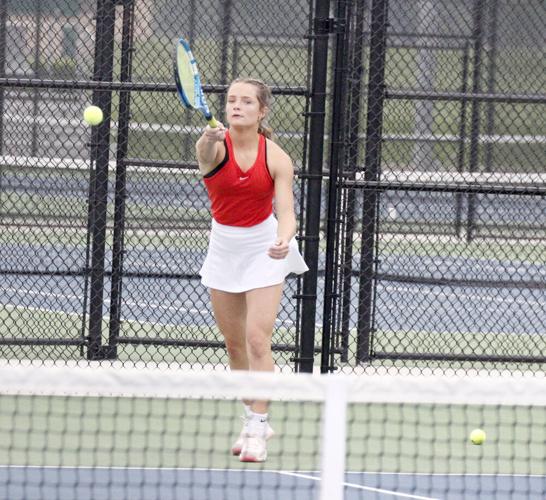 Mia Hayden hits a backhand in the match at No. 1 singles in the sectional final.

Marli Ransom hits a backhand in the match at No. 1 singles on Saturday.

After being forced inside for nearly 90 minutes due to inclement weather, the Eagles wasted little time in topping Western Boone in the sectional championship match, topping the Stars 5-0.

“Yesterday we came out a little tentative and tight,” Zionsville head coach Alex Wittenbaum said. “Today, the energy was really good and they flowed through every point. I think that rain delay actually helped us.”

The match was originally scheduled for 10 a.m. Saturday.

But due to some early-morning rain, the courts weren’t ready yet. The teams were forced inside the high school before starting play around 11:30.

“We just kept it really loose and wanted to keep it light,” Wittenbaum said. “I think that helped us today.”

For Western Boone, it was a tough loss to end the season against a talented Eagles team.

“Zionsville has been a great program for a long time,” Haney said. “I thought we played pretty well at different spots today. We were in a lot of games today, we just couldn’t finish them off. But this group has been phenomenal all year. It’s not the outcome we wanted, but that’s part of it.”

For the second-straight match, Zionsville was forced to make a chance at No. 1 singles.

“Her compitiveness and her fight is something you can’t teach,” Wittenbaum said. “We are really excited for her and the work she has put in has really paid off.”

“We have preached doubles all year,” Wittenbaum said. “Those four are super bought into the team and do everything right day in and day out as far as team goes.”

It was the final match at Western Boone for Ransom, Maze, Arnold and Hawkins.

Haney said they will be missed, and he is also proud of the season the Stars had.

“This group has contributed more to our culture than any group before them,” Haney said. “They’re leaving the young girls in a really great position and we are happy with where they are leaving the program.”

Zionsville advances to the regional on Tuesday at Avon.

Wittenbaum said the Eagles will spend Monday fine tuning some things for the the match.

“We are going to continue to work on our targets, where we hit the ball and some stroke tweaking,” Wittenbaum said. “But other than that, I’m really happy with where we are at, and just want to keep them loose and in the right frame of mind.”