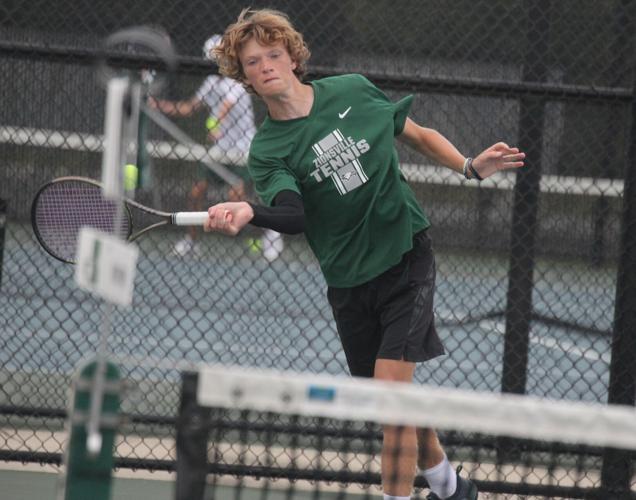 LEFT: Matthew Hofer hits a forehand in the Eagles’ win over Lebanon. RIGHT: John Gascho hits a backhand in the match at No. 1 singles on Tuesday. 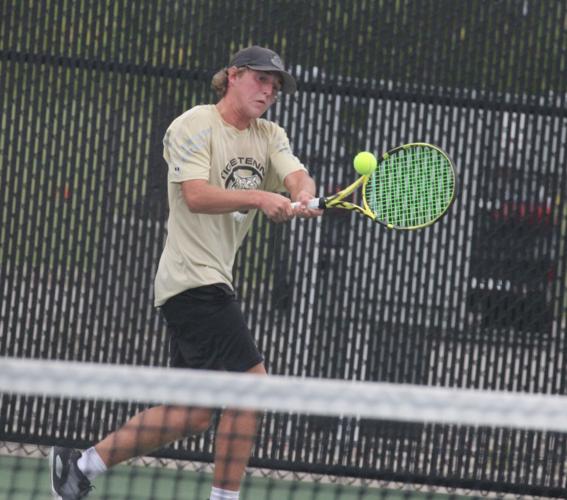 John Gascho hits a backhand in the match at No. 1 singles on Tuesday. 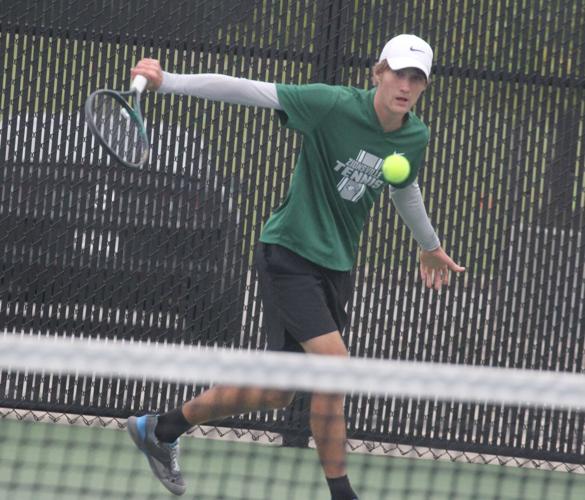 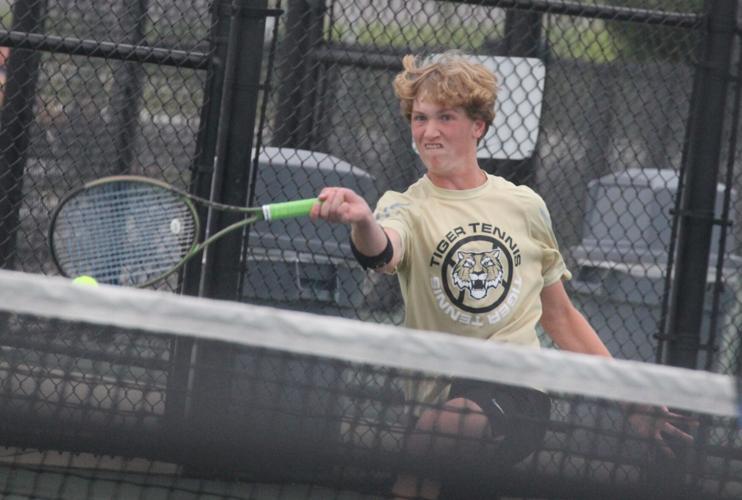 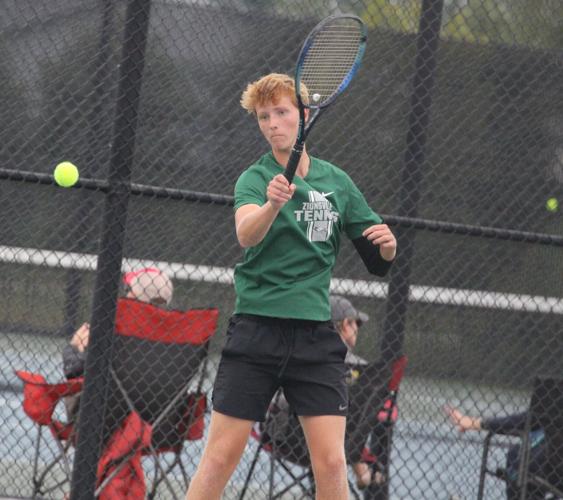 LEFT: Matthew Hofer hits a forehand in the Eagles’ win over Lebanon. RIGHT: John Gascho hits a backhand in the match at No. 1 singles on Tuesday.

John Gascho hits a backhand in the match at No. 1 singles on Tuesday.

The Eagles honored their seniors before the match, then were able to get seven in the line-up and top Lebanon 5-0.

“This has been a remarkable evening,” Allen said. “This is the first time I’ve been able to use all seniors in the same line-up, and it’s a great way to recognize their years of service. It was a great night.”

While they may not always have gotten in the varsity squad as much because of the depth of the Eagle, when their numbers were called upon, they were ready.

“I am very proud of them,” Allen said. “When you have the depth we have, it’s hard to get them opportunities, but we get them in when we can. They have bought into our system and are an integral part of that.”

For Lebanon, head coach Sam Godby knew it was going to be a tough challenge against the Eagles on Tuesday.

He said coming in, he wanted the Tiger to battle and fight for every point, and felt like they did that.

“The main thing I asked from the guys is to fight back, and for the most part we did that,” Godby said. “We won games in every match, John fought hard at No. 1 singles and so did the other guys. I was happy with the way we competed.”

Tuesday night’s match was the seventh in eight days for the Tigers.

While it is not an ideal time to play the toughest team on their schedule, but Godby said it is something they can learn from as they head into the final couple weeks of the season.

“We’ve been playing a lot of matches lately, and haven’t had a chance to practice a lot,” Godby said. “They still have fresh legs for the most part, they are high school kids, but we are looking forward to get some practice time in.”

Lebanon faces Danville on Thursday, and have the weekend off before facing Lafayette Jeff on Tuesday.

“I think we did take a step forward tonight,” Godby said. “I saw a fight in our guys I haven’t always seen this year. I think coming to the end of the year, the guys are still dug in and want to get better and that’s a good thing.”

Zionsville heads to the HCC Tournament this weekend at HSE, then have a few dual matches left heading into the post-season.

Allen said the Eagles are in a good spot as they head into the stretch run.

“We want to peak at the right time, and I think we are hitting our stride,” Allen said. “We are getting some confidence by beating some good schools and I feel pretty good about where we are at. We just want to stay sharp, make sure practices are productive and stay healthy.”